
It’s senior year for my son and the days are starting to fly by. I received a reminder email from his school before Christmas break that read, “If you want your child’s photo in the yearbook, photos must be taken by January 7th.”


We scheduled the appointment with days to spare. I instructed my son to think about what he wanted to wear for the photos. The studio said to wear/bring a dress-up outfit, it was a requirement from the school.

The morning of the photo appointment I asked my son if he had selected something to wear. His response was, “something like that.”

I left to take care of errands. When I returned hours later, my son was asleep and it was almost time to leave for his appointment. I leaped into panic overdrive. Here’s how my son said the situation evolved.

“Get up and get ready, just put anything on.”

I don’t remember saying any of that, but I was frazzled. My son had all morning to get prepared and I wanted to be on time. We arrived in the nick of time. The photographer invited me into the room while she took the photos. I watched from my chair in the back of the room as the photographer positioned my son for different poses.

“Tilt your chin down and give me a smile,” she said.

I felt myself smiling from my spot in the background, but my son barely curved his lips. The photo shoot ended and we headed home, more relaxed. We were both glad photo day was behind us.

We received the photo proofs in the mail a couple of weeks later. The photos looked great, no signs of the frazzled day of preparation.

Do you have a photo day story to share?
Posted by Angela at 4:00 AM No comments: 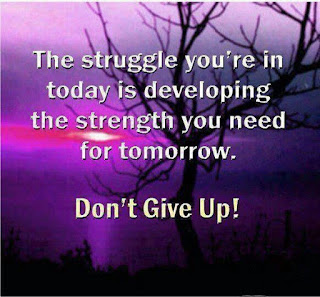 I’ve shut the door on yesterday,
It’s sorrows and mistakes;
I’ve locked within its gloomy walls
Past failures and heartaches.
And now I throw the key away
To seek another room,
And furnish it with hope and smiles
And every springtime bloom.

No thought shall enter this abode
That has a hint of pain,
And worry, malice and distrust
Shall never therein reign
I’ve shut the door on Yesterday
And thrown the key away—
The future holds no doubt for me,
Since I have found Today.

Author Unknown
Posted by Angela at 4:00 AM No comments: 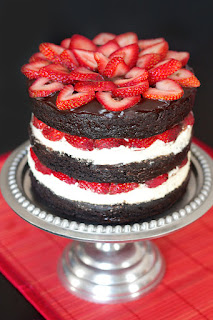 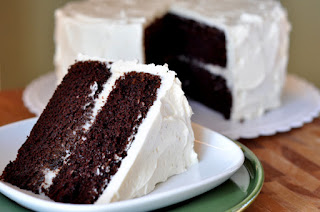 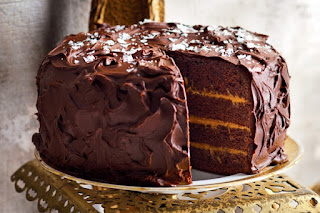 Chocolate and Salted Caramel Cake
Posted by Angela at 4:00 AM No comments:

Muffins with Mom – The language barrier

My teen son speaks a second language fluently, it’s called gibberish, or nonsense. It has occurred to me that whenever my son is asked to do something that he doesn’t want to do, he launches into his created language.

The other day after dinner, I told me son I needed him to wash the dishes. His response was, “I don’t understand your language.”

Fortunately for my son, when I reminded him that he would need gas money, the language barrier momentarily subsided. He said, “I need to study for my final exam first.” I think my son is studying to be a negotiator.

“Okay, go ahead and study first, but then I need you to take out the trash, fold your clothes and work on college plans.”

Teens understand and hear what they want, at a time that is convenient for them. My son eventually completed the things that were asked of him, then returned to me saying, “Ma, can I have that gas money now?”

I looked at him with a glazed look in my eyes and said, “I don’t understand your language.”

Have you ever experienced a language barrier with your child?
Posted by Angela at 4:00 AM No comments:

Email ThisBlogThis!Share to TwitterShare to FacebookShare to Pinterest
Labels: muffins with mom, teens and chores 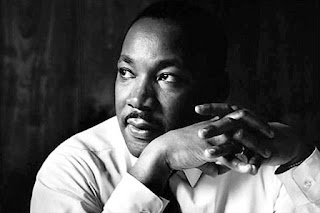 Today is celebrated as Martin Luther King Jr. Day in the United States. Various local businesses are holding events in my area in honor of the civil rights activist, Dr. King. The University of Michigan is hosting lectures, our local library is showing the movie Selma, and the Ministerial Alliance has organized a walk and keynote speaker.

As I walked through the children’s section of my local library, I noticed a table with arts and craft supplies spread out. There were cut-outs of small hand in bright colors, pencils, and a large sheet of white butcher paper. A lone sentence scrawled across the top of the paper read, what is your dream?
With a chuckle in my voice I asked the librarian, “Can I write my dream on one of the hands?”
“Sure,” she said.

I scribbled down my one sentence dream and taped it to the board that was started to hold all of the dreams. The concept was simple, to encourage youth to explore their dream(s). It gave them the opportunity to put their prized thoughts on paper, to begin to visualize their dream.
Below are inspiring quotes by Dr. King. 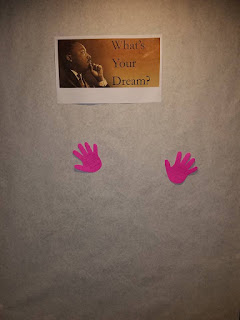 HELPING OTHERS
“We are prone to judge success by the index of our salaries or the size of our automobiles, rather than by the quality of our service and relationship to humanity.”

OPTIMSM
“Faith is taking the first step, even when you don’t see the whole staircase.”

Dr. King had a dream. What is your dream? Take time to reflect. 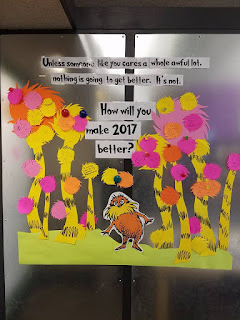 Are you at a crossroads in your life and contemplating your next move? Now is the time to step out on faith. Ask yourself “which is stronger your faith or your fear?” (Grace for Each Day-365 Devotions and Prayers).

God cares for you and is your shield of protection. When you are feeling down, give yourself a faith lift. Know that there is always someone you can turn to. The gospel song by Bishop Paul S. Morton says, “Lord whatever you’re doing in this season, don’t do it without me.”

If you’re looking for a healing, a financial blessing, a breakthrough with your children, claim it.
Build your faith muscles, keep praying, praising and walking by faith.

YouTube Video Credit: Paul S. Morton
Posted by Angela at 7:12 AM No comments:

Words of Wisdom - Inspiration and Strength

YouTube Video Credit: successnow2011
Posted by Angela at 4:00 AM No comments:

Muffins with Mom – Laughter is the best medicine- Have you had your dose? 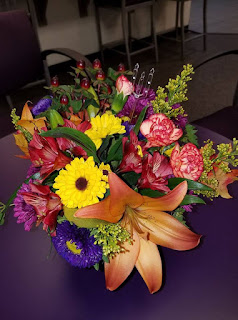 If laughter is the best medicine, don’t forget to take your daily dose. Where can you find laughter? It’s all around you. Take a deep breath, hold it, and exhale slowly through your nose. Now relax and observe your surroundings throughout your day.

If you struggle to find a reason to chuckle, read a comic strip, a joke book or search YouTube for a comedian’s routine. If all else fails spend a week with my family, something is bound to happen.
While visiting my mom over the Holiday, she pulled out a pajama shirt that belonged to my son when he was two or three years old. We were feeling nostalgic holding the tiny shirt in the air for the whole family to see. My words to my teen son were, “Do you think you can still fit this shirt?” 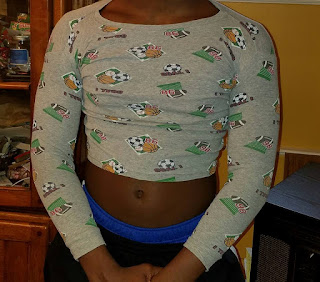 I didn’t have to say another word, my son began to tug and pull at the shirt until he stretched it enough to get it over his head. He is not one to back down from a challenge. Below are fashion clips of the pajama top from the past.

Have you heard the saying, the apple doesn’t fall far from the tree? Like my son, I sometimes meet a challenge head on. Again, mom provided fodder for my episode. She’d purchased an extra pair of leggings and asked if I wanted them or my niece who was at mom’s house visiting too.

Before my niece could snag them I spoke up, “I’ll take them. I like the color.” Mom told us the leggings were one size fits all and she had a pair just like them for herself. When I got home I attempted to squeeze into the leggings and found out they were not even one size fits most.

The heel of my foot got stuck at the bottom of the pants while trying to pull them on. The waist of the pants didn’t make it up to my waist. Finally, I sat on the floor in my bedroom and tugged and pulled until I freed my body from the one size fits…not me leggings.

What made me thing I could fit those pants??! (photo below). I folded the pants and packaged them to send to me niece, maybe she would have better luck with them. I called mom and said, “Please don’t buy anymore clothes from the beauty supply store or the drug store. I don’t think this is their specialty.” 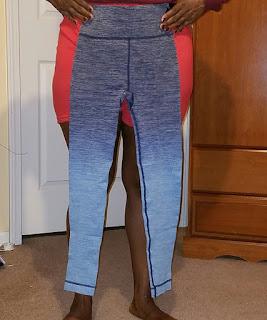 What does your dose of laughter look like?
Posted by Angela at 4:00 AM No comments: 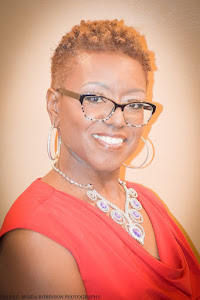 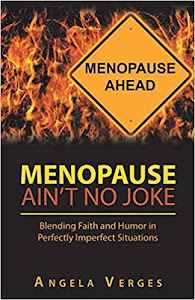